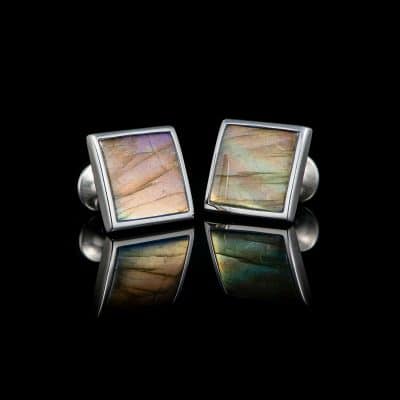 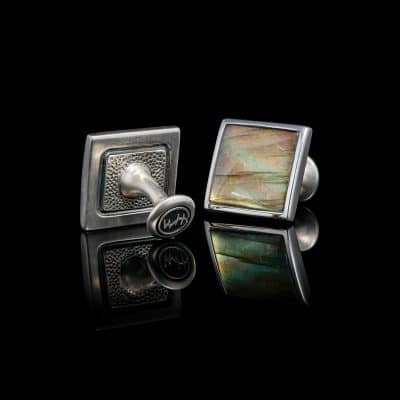 Bring the colors of the sky at dusk to life with these beautiful cufflinks. Sculpted in sterling silver and showcasing labradorite; undulating tones of blue, green, purple, and black play against the natural grain of the material, revealing nature’s majesty.
Wears with a wide range of colors and textures – an essential accessory for every man.

LABRADORITE
Labradorite is a feldspar mineral that is most often found in rocks such as basalt, gabbro, and norite.
Some specimens of labradorite exhibit a schiller effect, which is a strong play of iridescent blue, green, red, orange, and yellow colors as shown in the photographs. Labradorite is so well known for these spectacular displays of color that the phenomenon is known as “labradorescence”

William Henry uses specimens with the highest quality labradorescence as gemstones in our collections of jewelry.