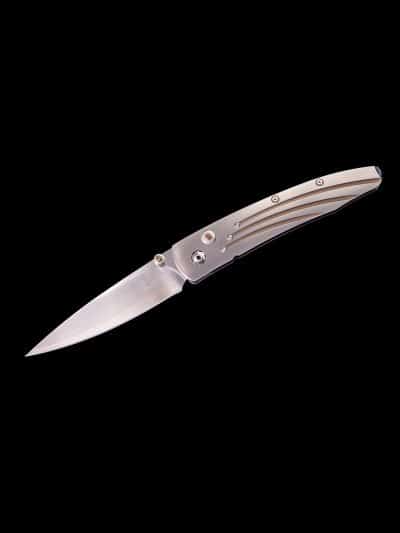 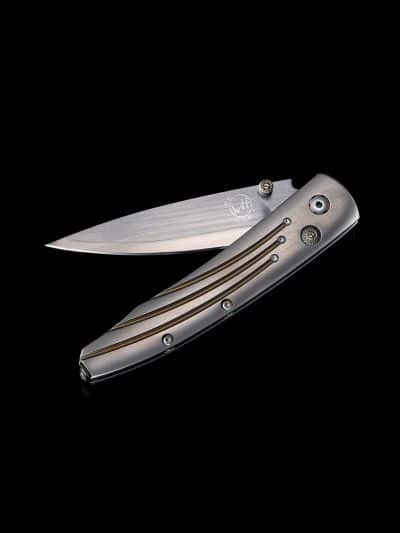 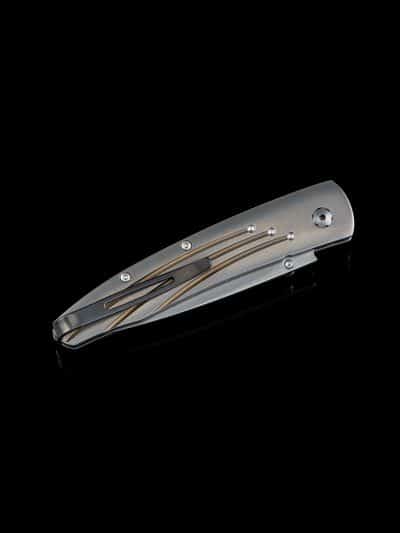 The Lancet ‘Smoke’ features a resilient frame and pocket clip in anodized, aerospace-grade titanium. The razor-sharp blade is in ZDP-189 steel. The one-hand button lock and the thumb stud are set with smoky quartz gemstones.
Sleek, elegant, refined, and comfortable in the hand and to the eye, the Lancet defines the essential gentleman’s folder in the modern world.
The ‘Smoke’ features some of the hi-tech and forged metals that are the hallmark of William Henry’s collections; a distinctive personality statement to be worn and used for a lifetime.

SMOKY QUARTZ
Smoky quartz is a grey, translucent variety of quartz. It ranges in clarity from almost complete transparency to a brownish-gray crystal that is almost opaque.
Smoky Quartz was known as a Stone of Power. To the ancient Druids, it was sacred and signified the potent dark power of Earth gods and goddesses.

ZDP-189
William Henry worked closely with partners in Japan to develop a laminate that captures a ‘core’ center layer of ZDP-189 (HRC 67) within softer layers of 420J2 stainless steel for our blades. The ZDP creates the razor sharp edge, while the softer layers offer tensile strength and support. The layers are revealed in heat treating and polishing, showing an elegant seam in the blade that mimics the traditional ‘temper lines’ seen on Samurai blades.

Black Coated ZDP-189
Black (Tungsten DLC coating). This is a surface coating that has a molecular bond with the ZDP blade. The coating has a hardness of about 88 HRC, even tougher than our blade steel, and wears beautifully over time and use.